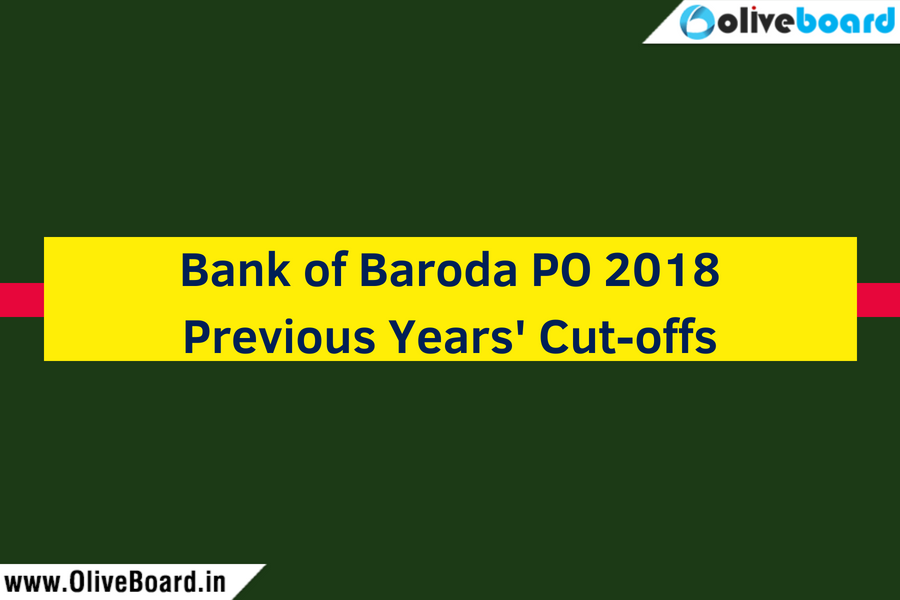 During the last year, the BOB PO 2017 Recruitment also had sectional as well as overall cutoffs which have been shared below:

BOB PO 2016 Recruitment had sectional as well as overall cutoffs which have been shared below:

Since we have to understand whether the trend of BOB PO 2018 will be upward (more difficult) or downward (less difficult), we need to see the comparison between 2016 and 2017 cutoffs for BOB PO examinations, which has been done below —

As it can be seen, the following points of comparison can be included here:

So, in general, the BOB PO 2018 examination may be  slightly more difficult due to its sectional cutoffs being in the rise which indicates that more marks is now required to clear the cutoffs. To help you with your preparation, you can also study with Oliveboard’s Video Course.