Current Affairs from May 2018 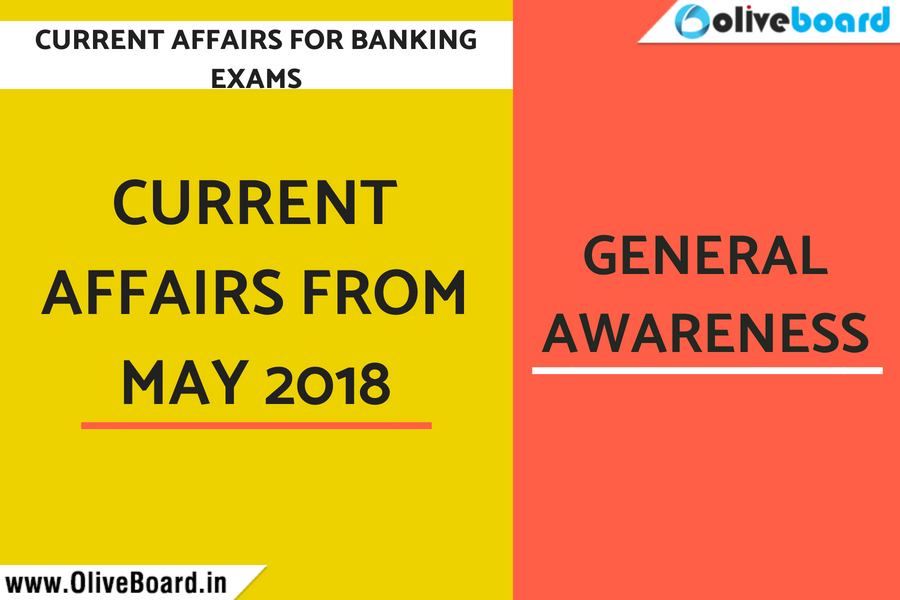 Current affairs are a vital part of any serious aspirant’s preparation for banking and government examinations. Given that the nature of this dynamic nature is always changing, we at Oliveboard publish current affairs on a weekly basis to help our students prepare for this section better. So, here are the current affairs that happened in the month of May 2018.

You can also view those videos below if you’d prefer to listen to the current affairs instead of reading them:

Top 10 Private Banks in India 2019 According to RBI