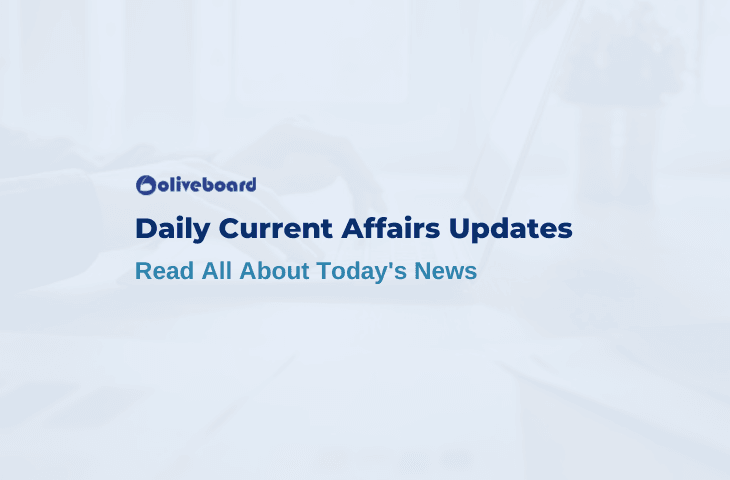 Oliveboard is bringing you Daily Current Affairs updates to help you capture the significant essence of the day’s highlights in a single place. Current Affairs are very important especially if you are a competitive exam aspirant. Current affairs forms a good part of most of the exams may it be Banking, Insurance, Railways, etc. If you are preparing for various exams like  RBI Grade B, IBPS PO, IBPS Clerk, SSC CPO, LIC Assistant, etc. Join Oliveboard and get the courses designed with the latest patterns and high-end mock tests to check your preparation level. Let’s start with the blog.

Pakistan did not participate in the inaugural session of the Shanghai Cooperation Organisation. The session was addressed by Home Minister Amit Shah.

Maharashtra is like a wait and watch situation for BJP

BJP is taking over the wait and watch attitude over Maharashtra government forming situation. Shiv Sena has asked for 50:50 term of Chief Minister position or else they will form a government in coalition with INC.

Mr. Vijayshankar, 2 time MP from Mysuru will rejoin BJP after he quit BJP in 2017 and joined Indian National Congress.

CJI Ranjan Gogoi retiring on 17 November 2019 has been given approval for few benefits post his retirement. The benefits will include 1 personal secretary, a chauffeur-driven car, and a grade IV peon.

Rasmiya Awad, sister of slain IS a leader is capture in Syria by Turkey during the raid conducted by them.

Lindsay Hoyle has been elected as the speaker for the UK Parliament. He was previously entrusted as Labour Lawmaker.

Boeing in collaboration with NASA tested their Space taxi. One parachute fails to open during the trial.

Trump in his address to the media mentioned that the US is in talks with Russia and China on a major arms control-like agreement.

Facebook has revealed a new company logo to represent itself. The move aims to highlight themselves.

ATP Rankings | Rafael Nadal back to No. 1 position

Rafael Nadal has claimed back the no. 1 position in the ATP ranking. This is the 8th time in his career that he is ranked at no. 1 position.

The All-round performance of India-B in the Deodhar trophy has given them the title.

HDFC Ltd. reported a 61% rise in the second quarter of the current Financial year. The profit is boosted by one time pre-tax gain 0f 1627 crore INR from sale in Gruh Finance.

That is all from us in this blog, we have tried to cover the major headlines for the and its essence to help you get a good read. For more such updates, please stay tuned to Oliveboard.