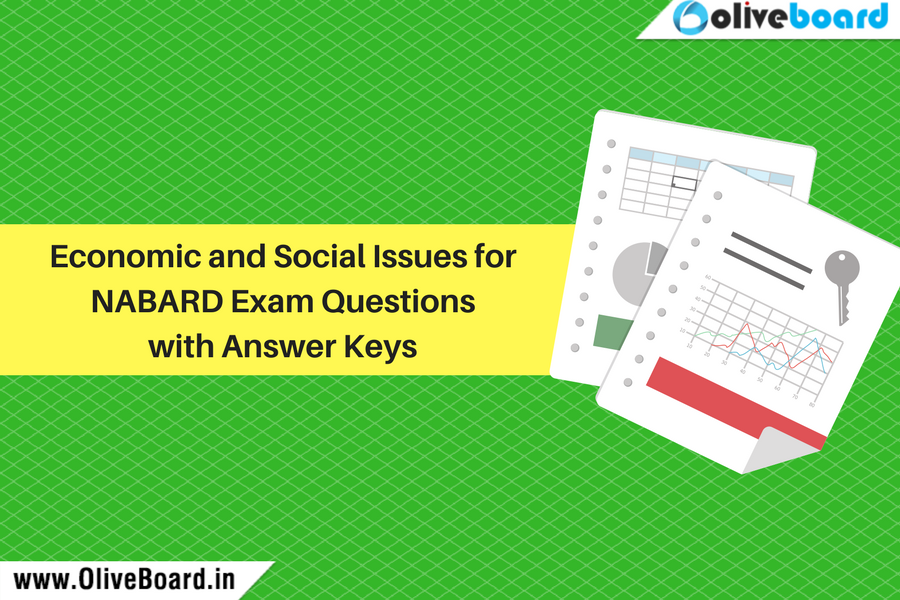 NABARD, one of the most reputed Public-Sector bank, has announced vacancies for the posts of Grade ‘A’ (Assistant Managers) recently. This is a very competitive exam, as a lot of people will be applying for the post. For your assistance, today, we bring to you important Economic and Social Issues for NABARD Exam questions with answer keys that you can expect in the exam.

1) In which year was National Development Council established?

Explanation: The National Development Council was established on August 6, 1952 by a resolution of the Union Cabinet. The sole objective of the council was to create a platform where the centre and the states can come together and discuss their issues regarding implementation of planning programmes. It is there to consider the proposals formulated for plans at all important stages and accept them, review the working of the plans from time to time and to consider important questions of social and economic policy affecting national development.

2) The phenomenon of an increase in economic integration among nations is known as:

Explanation: Globalization has always been there in the economic sense of the term though it always had its political dimensions. It is defined as an increase in economic integration among nations. Even before the nation-states were born, the countries around the world had gone for globalization i.e. a closer integration among economies. It lasted from 1800 to 1930. The concept was popularized again in the mid-1980s

3) A general increase in the prices of goods and services in an economy is known as:

Explanation: Inflation is defined as the rise in the general level of prices of goods and services in an economy. If the price of one goods has gone up, it is not termed as inflation but for it, to be counted as inflation, the prices of most of the goods should go up. On the other hand, when the general level of prices is falling, it is known as deflation.

4) The total sum of the goods and services produced in a country in a year, minus depreciation is called as:

5) World economic outlook is released by

Explanation: The World Economic Outlook (WEO) is a survey conducted and published by the International Monetary Fund. It is published biannually and partly updated two times a year.

6) Which five-year plan marked the beginning of Economic Liberalization?

Explanation: The Sixth Five-Year Plan marked the beginning of economic liberalisation. Price controls were eliminated and ration shops were closed. This led to an increase in food prices and an increase in the cost of living. This was the end of Nehruvian socialism. The National Bank for Agriculture and Rural Development was established for development of rural areas on 12 July 1982 by recommendation of the Shivaraman Committee.

7) Which of the following statement is not true about SAARC?

8) Which Five-Year Plan was called as the “Rolling Plan”?

Explanation: The Janata Party government rejected the Fifth Five-Year Plan and introduced a new Sixth Five-Year Plan (1978–1980). This plan was again rejected by the Indian National Congress government in 1980 and a new Sixth Plan was made. The Rolling Plan consists of three kind of plans that were proposed. The First Plan is for the present year which comprises the annual budget and Second is a plan for a fixed number of years, which may be 3, 4 or 5 years. Plan number two is kept changing as per the requirements of the Indian economy. The Third Plan is a perspective plan which is for long terms i.e. for 10, 15 or 20 years. Hence there is no fixation of dates in for the commencement and termination of the plan in the rolling plans.

9) Which of the following is not a Centrally Sponsored Scheme?

Explanation: Government of India has approved a new Central Sector Scheme – Pradhan Mantri Kisan SAMPADA Yojana (Scheme for Agro-Marine Processing and Development of Agro-Processing Clusters) with an allocation of Rs. 6,000 crore for the period 2016-20 coterminous with the 14th Finance Commission cycle. The scheme will be implemented by Ministry of Food Processing Industries.

10. Minimum number of directors in a public limited company is

Explanation: The 1956 Act prescribed minimum 2 directors for a private and 3 for a public company respectively to constitute a Board. This criterion has been retained by the new Act, but the maximum limit of directors on the Board has now been raised from 12 to 15.

ESI lessons are now available for Oliveboard’s NABARD and RBI Grade B courses! 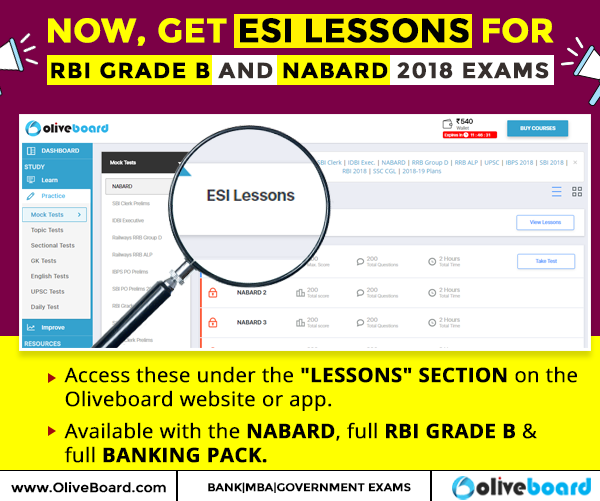 NABARD Grade A Exam 2020– Agriculture: Types of Soils in India