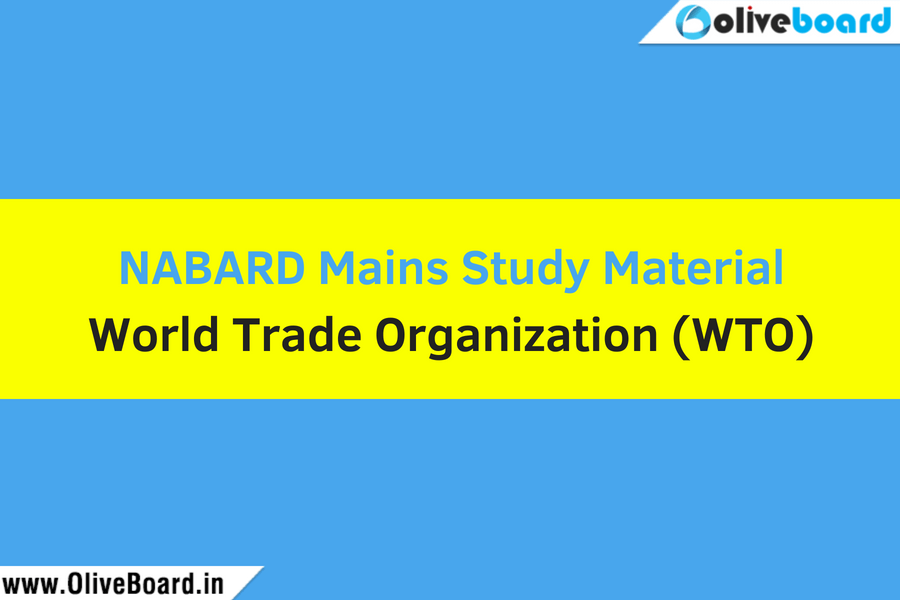 The World Trade Organization (WTO) is an intergovernmental organization.  An intergovernmental organization is an organization composed primarily of sovereign states (referred to as member states). So, many different countries are members. The primary purpose of WTO is the regulation of International Trade. It was formed on 1st January, 1995 under the Marrakesh Agreement. The Marrakesh Agreement, or Marrakesh Declaration, was an agreement signed in Marrakesh, Morocco, by 124 nations on 15 April 1994, It was the conclusion of the 8-year-long Uruguay Round and establishing the World Trade Organization, which officially came into being on 1 January 1995. WTO Created by: Uruguay Round negotiations (1986-94).

The World Trade Report is an annual publication by WTO that aims to deepen understanding about trends in trade, trade policy issues and the multilateral trading system.

The WTO’s predecessor, the General Agreement on Tariffs and Trade (GATT), was established after World War II . Other new multilateral institutions dedicated to international economic cooperation – the World Bank and the International Monetary Fund.  Seven rounds of negotiations occurred under GATT to formulate new rules for cross border trade. GATT members started feeling that it is not evolving as per new globalizing world economy. The rules of game were changing as the World was opening up to cross border trade.

The eighth GATT round – known as the Uruguay Round – was launched in September 1986. It was the biggest negotiating guidelines on trade ever agreed. So, all the original GATT articles were up for review.

Doha Development Agenda: The WTO started the recent round of negotiations, the Doha Development Round, at the fourth ministerial conference in Doha, Qatar in November 2001.

Alternatively, you can also download the Oliveboard Mobile App and GK App for free study material and other latest updates.