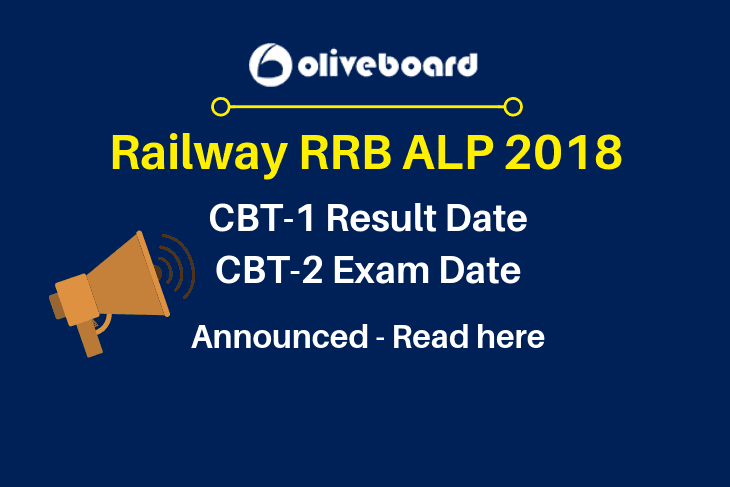 The Railway Recruitment Board (RRB) released the results of first Stage of RRB ALP exam on 2/11/2018. RRB has now released the notification stating to revise the result of the candidates shortlisted for CBT Statge II and publish the fresh result by 20th December 2018. The exam dates for RRB ALP CBT Stage 2 has, thus, been rescheduled. The exam which was slated to be held from 24th December 2018, will now be held on 21st, 22nd, and 23rd January 2019. The reason for this rescheduling is the reviewing of the language translation of all the question papers.

That is all from us. We hope you found the information provided here useful. Buy Oliveboard’s RRB ALP Stage 2 Mock Test Series at discounted price now!