Indian Currency History and its Evolution 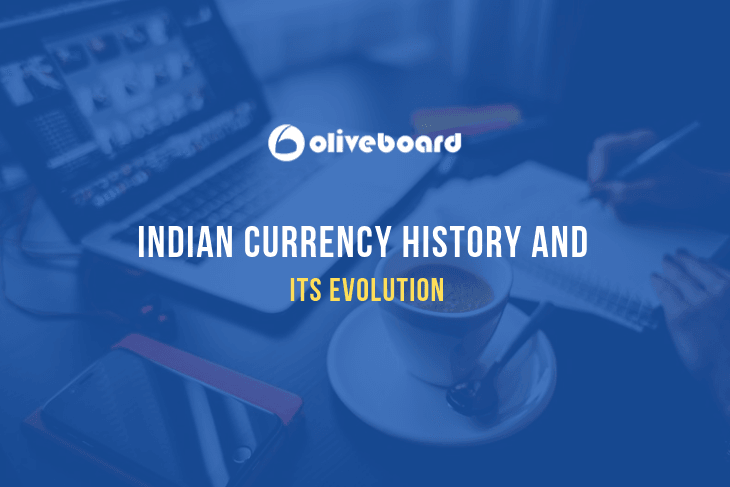 Indian Economy is an essential part of the SSC CGL exam syllabus. If you wish to score good marks in the upcoming SSC CGL 2019 examination, you must have a good knowledge of Indian currency- its origin and evolution. This will not only help you understand the economic history of the country better but also be useful in your competitive exam preparation. Read on to know all about the history and evolution of Indian currency.

The history of currency in India dates back to the ancient times in the 6th or 7th Century B.C. Coins were documented during this period in the Mahajanapada kingdoms. These coins came in irregular shapes and standard weight, with distinct markings.

For instance, the Saurashtra coins had markings of a humped bull; the Dakshin Panchala had a marking of a Swastika symbol, while the Magadha coins had numerous symbols as the marking. These coins lasted until the end of the Maurya rule.

Then came the Mauryans with punch-marked coins that were usually stamped bars of copper, silver, and gold. The Indo-Greeks introduced the custom of printing portraits o mythological deities on the coins.

The most number of gold coins were produced in the Gupta period (320-470 C.E.). That is the reason why this period is known as the ‘Golden period’. Further, the evolution of coins happened through the subsequent Indian dynasties- from the Mughal and Rajput Empires in the north to the kingdoms of Vijayanagara and Maratha in the south.

By the 12th Century A.D., the Turkish Sultans of Delhi replaced the royal Indian designs with Islamic calligraphy. The currency, known as Tanka, was made of copper and silver, and the coins of low value were known as Jittals.

With the introduction of the Coinage Act of 1835, uniform coinage came into existence all over the country. The Mughal Empire ended subsequently in 1858, and the British gained control over the princely states. Portraits of the Monarch of Great Britain replaced the images on the medieval coins. King George VI replaced the local designs on coins and banknotes, and introduced Rupee as the official currency of Colonial India, after the 1857 revolts.

During World War I (1914), one-rupee coins made of silver were in use. However, due to the crisis following the war, one-rupee coins could not be generated. Hence, for the very first time, one-rupee notes were introduced.

Finally, after the establishment of the Reserve Bank of India in 1935, the Govt. of India was empowered with the issuance of Indian currency notes. The very first paper currency that the RBI issued in 1938 was a five-rupee note, which had a portrait of King George VI. Later, Rs.10000, Rs.2, and Re.1 were added to the existing denomination.

After independence (1947) when India finally became a Republic in 1950, the modern Rupee returned to the signature design of Rupee coin. The Lion Capital at Sarnath was the chosen symbol for the paper currency. This symbol replaced the banknotes with images of King George VI. Therefore, the first banknote that was printed in India post independence was a one-rupee note.

The Reserve Bank of India printed currency notes with the image of Mahatma Gandhi in 1996. These notes are still in circulation and come with enhanced security measures as well as tangible aids for visually impaired people. However, the use of high-denomination notes of Rs.5000, Rs.10000, and Rs.1000 was stalled because they were being used in illegal transactions. After the demonetization in November 2016, Rs.1000 and Rs.500 notes were replaced with new banknotes of the same value. An addition to the denomination has been the 2000-rupee note.

The banking industry in India became a large employer by the 1960s and now plays a crucial role in expanding Indian economy. Computerization entered the banking industry for the first time in 1988, followed by Internet Banking in the 1990s. However, it was in the 21st century that online payment modes such as NEFT, RTGS, and EFT, came into play.

Earlier, India was reliant on cash but now with the changing time, the country is moving ahead in the path of a ‘cashless economy’. With the advent of digital wallets like Paytm, PayU etc. transferring money has become a lot quicker and easier.

Digital payments are evolving at a rapid pace with the advent of cryptocurrency. Since these are a highly secure and decentralized form of money, currencies like Monero and Bitcoin are gaining popularity worldwide. While it may take time for them to gain acceptance as the formal currency by the Indian Government, they are the next step in the evolution of monetary transactions. 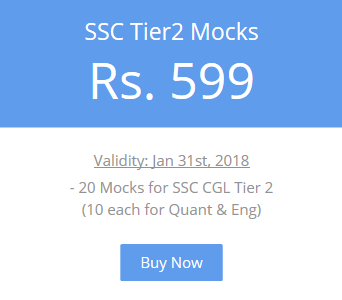 SSC CGL exam syllabus is vast, and ‘Indian Economy’ is only a portion of the same. In addition to this, candidates must also be keen on other subjects- Quantitative Aptitude, English Language, History, Geography etc. To ace your competitive exam preparation, make sure that you sit for the mock tests