Top 10 Tallest Statues in the World 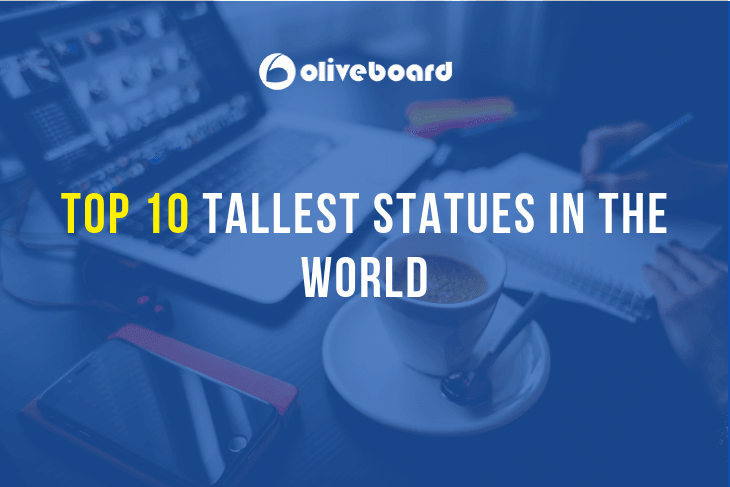 Statues are a way of showing respect to people who play or have played an important role in society. Countries and governments have been building statues of eminent personalities and gods and goddesses as a mark of respect. However, there are a few statues, which are counted among-st the top 10 tallest statues of in the world. Additionally, did you know that having good knowledge about this topic could also help you with XAT preparation?

Read on to know more about the tallest statues in the world.

The Statue of Unity was established in 2017 in India, and is dedicated to Sardar Vallabhbhai Patel. It is located in Gujarat, near the Sardar Sarovar Dam and boasts an impressive height of 597 feet standing on a 190 feet base. Hence, the total height adds up to 787 feet, making it the world’s tallest statue.

Situated in Khatakan Taung in Myanmar, the Laykyun Setkyar statute was made in the honour of Buddha (Gautama). Standing tall at a total height 424 feet, it is the third tallest statue in the world.

Dedicated to Buddha (Amitabha), the Ushiku Daibutsu is located in the Ibaraki Prefecture in Japan. It boasts of a height of 330 feet and sits on a 33 feet building/pedestal, bringing its height to more than 360 feet.

The Sendai Daikannon statue is situated in the Miyagi Prefecture in Japan and was built in dedication of Kannon (Guanyin). The total height of this massive statue is 330 feet.

Dedicated to Guanyin, the statue is made of gilded bronze. It is situated in the Hunan province of China and has a height of 325 feet.

The Great Buddha of Thailand is situated in Ang Thong, Thailand and was constructed in honour of Buddha (Gautama). It is a concrete statue in nature and is gold painted. This statue has a height of 302 feet.

Situated in Hokkaido, Japan, this statue was built to pay respect to Kannon (Guanyin) – Byakue Kannon. It boasts of a total height of 289 feet.

Unlike other statues, which are normally built to pay respect to just one person, the Rodina-Mat’ Zovyot statue was built to honour all the women representing the Motherland or country. Situated in Volvograd, Russia, this statue stands tall at a height of 279 feet.

Situated in the Awaji Island of the Hyogo Prefecture in Japan, this statue was built in honour of Kannon (Guanyin). It has a height of 260 feet.

If you are aspiring to sit for the XAT exams, you would need to have knowledge of historical monuments and current affairs. Knowing about the top 10 tallest statues in the world can help you immensely with your competitive exam preparation.