10 Largest Statues in the World 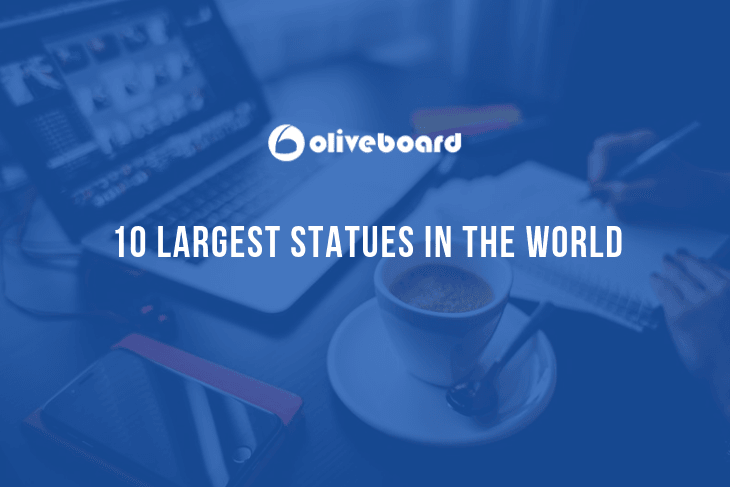 Your CAT exam is fast approaching, and you are trying your best to prepare yourself as perfectly as you can. However, many students tend to not take the general knowledge section very seriously and overlook it. Nevertheless, if you want your CAT preparation to be top-notch, then you should know about the Largest statues currently existing in the world.

Here are the 10 Largest Statues in the World

Built in 2017, the Statue of Unity (787 feet) is the world’s tallest statue right now. This was built to pay tribute to Sardar Vallabhbhai Patel and is situated in Gujarat, close to the Sardar Sarovar Dam. This has not only helped with Gujarat tourism but also Indian tourism in general.

Situated in China (Lushan) and built in honour of Vairocana Buddha, the Spring Temple Buddha stands tall with an impressive height of 502 feet. This statue is one of the most popular tourist attractions in China.

The third tallest statue in the world is Laykyun Setkyar, which is located in Khatakan Taung (Myanmar). With a height of 380 feet, this statue was constructed to pay respect to Lord Buddha (Gautama).

The Ushiku Daibutsu statue is situated in Japan’s Ibaraki Prefecture and is dedicated to Lord Buddha. The statue is 330 feet tall and rests on a 30 feet pedestal, which makes its total height 360 feet.

The statue of Sendai Daikonnan is located in Japan’s Miyagi Prefecture. It was built to pay respect to Kannon (Guanyin). It boasts of a height of 330 feet.

Made of beautiful gilded bronze, the Qianshou Qianyan Guanyin statue of Weishan is located in China’s Hunan province. The height of the statue is 325 feet.

Located in the region of Ang Thong in Thailand, the Great Buddha statue is one of the main attractions in Thailand. The 302 feet tall statue was built with concrete and painted in gold.

One of the most beautiful aspects of Hokkaido (Japan), this statue has an impressive height of 289 feet. It was built to honour Kannon (Guanyin).

This statue is a lot different from the rest of the statues that have been mentioned above. This is because, unlike the other statues that pay tribute to an individual, this statue was constructed to revere all those women who represent the country or Motherland one-way or the other. This statue is 279 feet tall and is located in Volgograd in Russia.

The Awaji Kannon statue has a height of 279 feet. It is situated in Hyogo Prefecture (Japan). One of the most popular and famous tourist spots in the country, it was constructed to pay respects to Kannon (Guanyin).

Having a good idea about the world’s largest statues will not only enhance your general knowledge, but it will also help you with your upcoming competitive exam preparation. If you know about all this, then you will be able to solve the General Knowledge without much difficulty and score good marks.