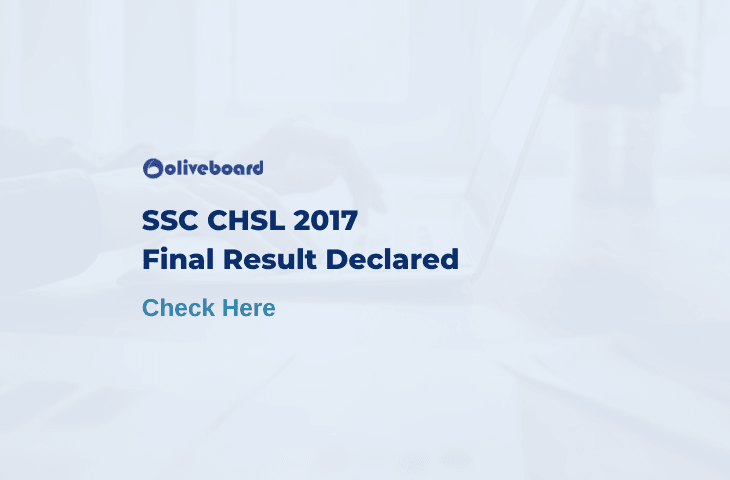 SSC CHSL is nationwide exam conducted for the recruitment to the posts of Lower Division Clerk (LDC), Data Entry Operator (DEO), Postal Assistants / Sorting Assistants (PA / SA) in various central government departments and ministries. SSC has released the final result with the list of selected candidates for the SSC CHSL exam 2017. After the declaration of the SSC CHSL 2017  result, the candidates will be allotted the posts. In this blog, SSC CHSL 2017 Final Result you can check your result.

SSC CHSL 2019 notification has been released and the tier 1 examination is going to be conducted from 16 to 27 March 2020. Tentative Dates for the SSC CHSL 2019 are listed in the following table.

This was all from us in this blog, SSC CHSL 2017 Final Result. Stay tuned with Oliveboard for more such blogs.