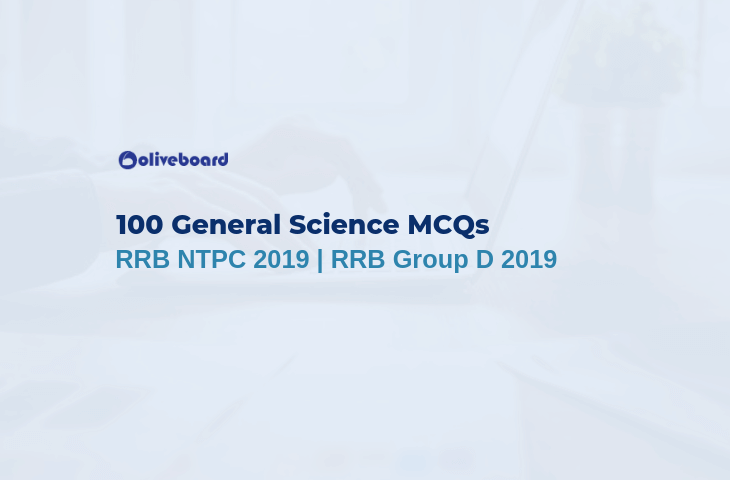 In this video, we are covering the 100 General Science MCQs which includes questions from Physics, Biology and Chemistry. These are the most expected question which can be asked in exams.

We hope it will help you in the upcoming railway exams such as RRB NTPC, RRB Group D, RRB JE, etc and also in the SSC CGL, SSC CHSL, SSC CPO, SSC MTS, etc exams.

Wondering how you would perform in the real exam? Well, now you can check it right away! Attempt the Oliveboard Free All-India Mock Test that’s been taken by thousands of aspirants already to see where you stand.

Alternatively, you can also download the Oliveboard Mobile App for free study material and other latest updates.