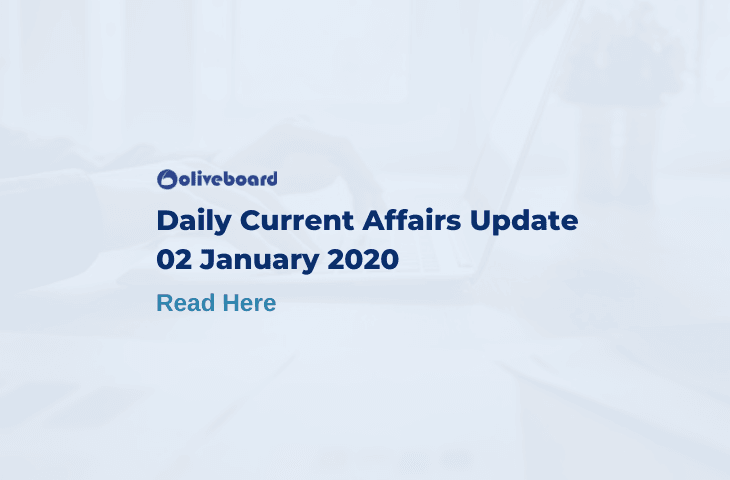 And we are back here with, Daily Current Affairs Update – 2 Jan 2020. This blog will cover all the latest information from around the world which are important from exam point of view. Current affairs is a vital and integral part of many exams which makes it all the more important to stay up to date with. Prepare for exams like SSC CPO, LIC Assistant, IBPS SO, SSC CGL and many more with Oliveboard.  Let’s start with the blog to learn the latest news for the day.

That is all from us in this blog; Daily Current Affairs Update – 2 Jan 2020. Keep checking the space for more latest updates. Stay Tuned!

Join our telegram page for receiving daily updates about class and relevant study materials for all the banking/ government/ insurance exam.