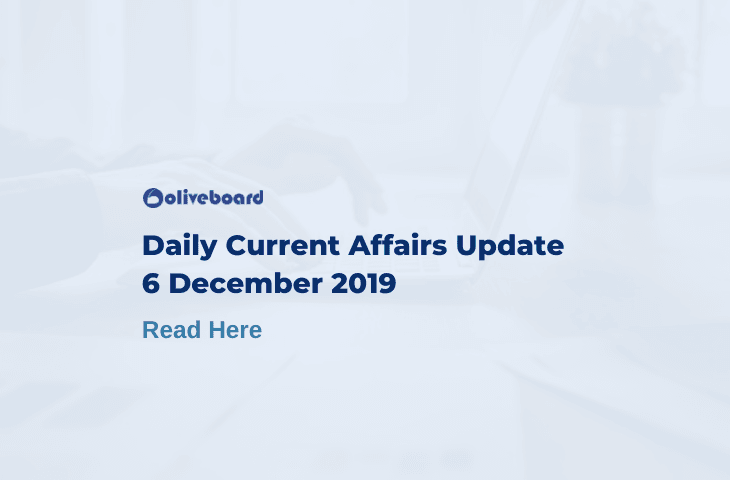 Welcome to another daily dose of Daily Current Affairs Update – 6 Dec 2019. Today, we are going to bring you the latest updates around the world and major current affairs. This blog will be very beneficial for the aspirants aspiring for any government/ banking exam. If you are preparing for various exams like  RBI Grade B, IBPS PO, IBPS Clerk, SSC CPO, LIC Assistant, etc. Join Oliveboard and get the courses designed with the latest patterns and high-end mock tests to check your preparation level.

That is all from us in this blog, Daily Current Affairs Update – 6 Dec 2019. We have tried to cover the significant headlines for the day and the current affairs. For more such content please keep following Oliveboard.