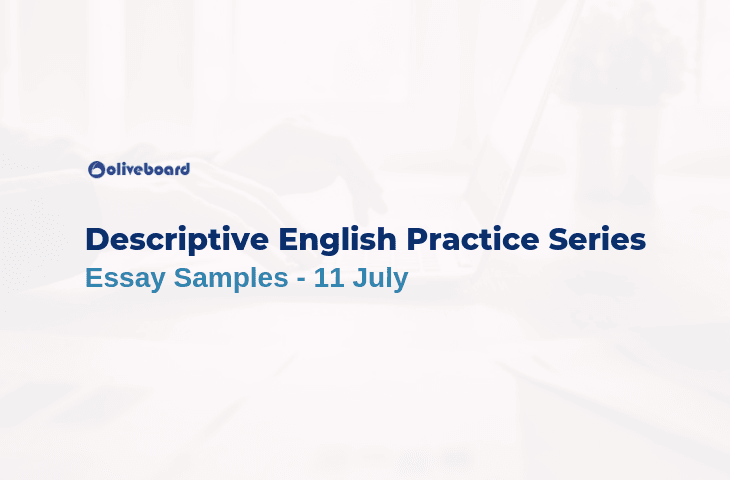 We have started the Descriptive English Practice series for our readers to help them with their preparation of upcoming SBI PO Mains and the Phase 2 (Main Exam) of other similar exams like IBPS RRB PO, IBPS PO. In Descriptive English Practice 03 blog, Practice Essays written and submitted by aspirants on Oliveboard’s Discuss Forum have been published below for our readers. It would be helpful in understand the writing style, content and structure of an essay required in the Exams.

Topic -: What are the various steps that the Government can take to bring down the unemployment rate in India?

Rising unemployment is one of the major challenges that an economy can face. It acts as a hindrance to the growth of the economy and also, serves as a roadblock for increasing the standard of living of people. Generating employment opportunities is one of the long-term objectives of the Indian economy. Every month around 1 million people join the workforce. This is a huge figure, and the government should handle this challenge seriously.

According to the recently leaked statistics, 6.1% of the population is unemployed. The situation worsens when we factor in the agricultural distress. India is still predominantly an agrarian economy. Therefore, in order to tackle unemployment, agricultural distress should be dealt with too. The government has been taking several steps to control the rising unemployment. But, governmental efforts can do only so much. Generation of employment opportunities is not necessarily the responsibility of government. Rather, government is responsible for fostering an environment conducive to the productivity of different sectors of the economy. This, in turn, will automatically lead to increased employment opportunities. Also, government can modify the educational system of India to produce more job-ready human capital.

India’s population is on the rise, and, hence, has a lot of “demographic dividend”. It is in the best interest of Indian economy, that we tap into this demographic dividend, and make the most use of our readily available human capital

“Decent content; well articulated ideas. Though, there are a couple of spelling mistakes (bold), the essay is well-written. Keep up the good work! All the best!”

Topic -: The efficacy of India’s health care infrastructure and the consequences of doctors going on strike?

The current government has taken several steps to improve and strengthen the health care infrastructure. For the first time, health is on the agenda. Huge investments are being made, hospitals are being set up. But, despite of these developments, the condition of health care still remains dismal.

The health care sector faces a plethora of challenges:

1. Increasing population and paucity of resources.

2. Lack of public healthcare, this forces people to seek private healthcare which is not affordable by all.

3. Majority of hospitals and health centres are in urban areas, leaving rural areas with less than enough centres and hospitals.

4. Lack of funds; hospitals are understaffed and under-financed.

And, in such gloomy situation, when doctors go on a strike, it is an understatement to say that the situation becomes worse. When doctors go on strikes, people are left unattended. They might die. The effects of these strikes are more long-lasting than one can comprehend. The doctors need to be sensitised about the gravity of the situation. They must realise and recognise the impact of these strikes. Also, the doctors must be heard by the management. Also, patients and, public in general, need to be rationale and compassionate. It is a two way street. No matter the condition of healthcare sector, doctors going on a strike can never be wise.

“Remarkable content! The pattern that you follow while writing is superb. Please avoid stating information in points in an essay; use paragraphs instead. Can use ‘personnel’ instead of ‘personnels’. Other than these, no errors were found in your essay. Keep up the good work and keep writing, you are good at it. All the best!”

Air pollution is one of the most serious problems of the current time all over the world. Air pollution refers to the contamination of atmospheric air due to the presence of dust, gases and other substances. Day by day, air is getting polluted because of the mixing of particulates and harmful material in air.

Air pollution is not only dangerous for human beings but also for plants and animals.The air we breathe is full of pollutants going into our lungs, causing uncountable health problems. Despite so many negative impacts, air pollution is one of the most overlooked problems in our country. Various steps have been taken so far but desirable result has not been obtained. This is the time to take serious steps, enforce laws to curb air pollution in true sense.

“A bit of improvement can be done while articulating your sentences. A few grammatical erros were found too; can improve on those too. Content is good, but can be written in a more cohorent way. Keep up the good work. All the best!”

That is all from us in this blog – Descriptive English Practice 03. We hope you liked the Sample Essays Given Above. Keep checking this space for more Bank Exam updates, Study Materials and Mock Tests.

If you wish to get in touch with your fellow competitors for preparation of Bank & Govt. Exams, you can visit Oliveboard’s discuss forum.