Study Notes on Jainism & Buddhism: Get to know everything here 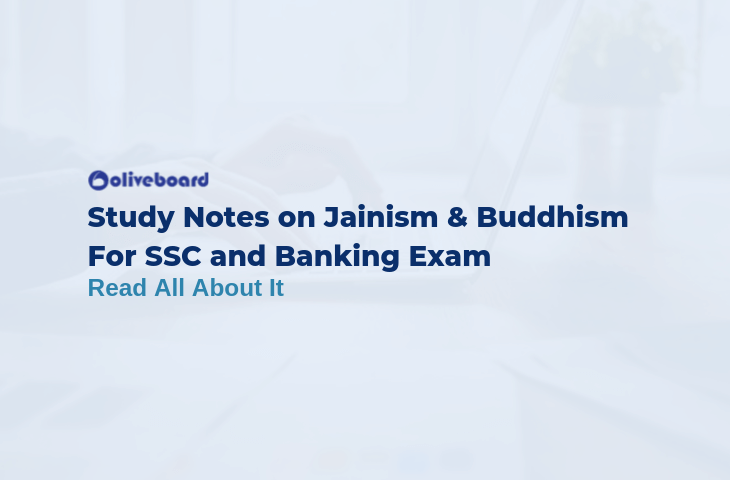 Study Notes on Buddhism and Jainism

Buddhism and Jainism – Their Emergence

By 6th Century BC, the caste system became highly complicated and the lower caste people faced all socio-economic problems while high caste people led a safe and dignified life. These lower caste people were ready to move to some other religion where there were no such discriminations. An it was during this time new religions like Jainism, Buddhism and many other religions emerged. They acted as an alternative to the present caste system and many other people started following these new religions where they could live a life with dignity.

Hinayana: They believed in the real teachings of Gautam Buddha acquiring Nirvana and they do not believe in ideal worship. Pali language was used in Hinayana text.

Vajrayana: They believe that the real teachings of Gautam Buddha is attained by the help of black magic.

Start preparing for Bank, SSC and Government exams with Oliveboard. For the best Live courses and Mock Tests series Subscribe to Oliveboard Edge today and give an extra edge to your preparation.