Questions on Indian geography are commonly asked in UP Exams such as UPPSC PCS, UPSC RO/ ARO, UP Police SI, UP Police ASI, etc. It is one of the most important sections of General Knowledge. Here in this blog, we have brought you a free ebook on Indian Geography Notes For U Exams. Download the free ebook from the direct download link given below 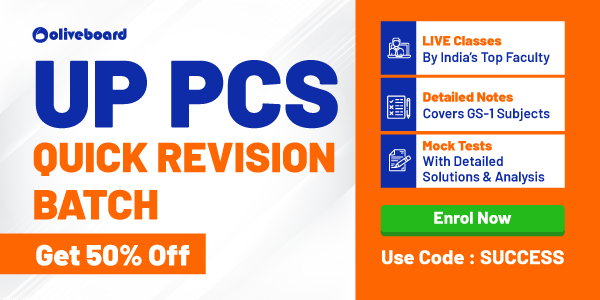 This young fold mountain ranges from north to the north-eastern borders of India. The Himalayas consist of three parallel longitudinal ranges; Greater or Inner Himalayas or the Himadri, Middle Himalayas or Lesser Himalayas or Himachal, and Outer Himalaya or Shiwalik.

Plateau is a tabletop land. Indian Plateau is divided into two based on the position of River Narmada. Part of the plateau lying north of Narmada is called Central Highlands and the part lying south of Narmada is known as Deccan Plateau.

Step 2: Register/Login on to the Free E-Books Page of Oliveboard (It is 100% free, You just enter your valid email ID and a password to be able to download the free Indian Geography Notes pdf.