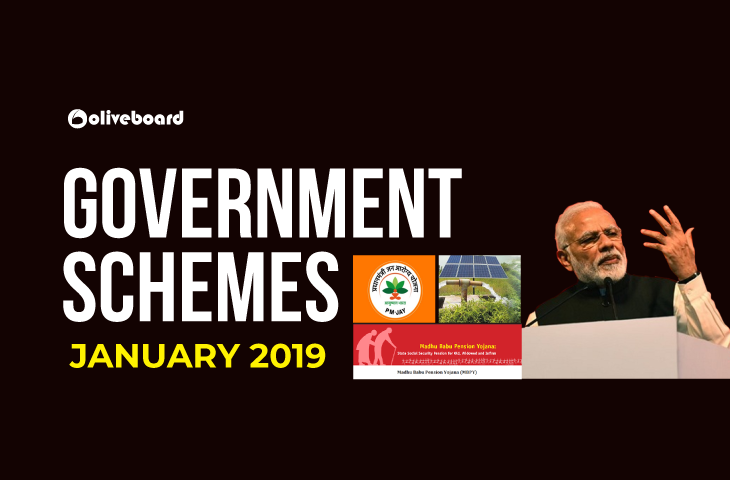 Very often questions on Government Schemes are asked in the General Awareness section of Banking and Government Exams. Questions may be asked about the recently launched schemes, about changes made in already existing schemes or about budget allocation to the scheme in exams like NABARD, IBPS RRB, SBI PO 2019 and Clerk, IBPS PO and IBPS Clerk, RBI Grade B and Assistant, SSC CGL, UPSC, NIACL AO, IBPS SO etc. To give you answers to all these questions, here we provide you with the important government schemes from the month of January 2019. Download the Ebook for the Government Schemes January 2019 from the link provided below

Download the free PDF for the Government Schemes January 2019 from the adjoining link or from the link provided below: http://bit.ly/Government_Schemes_January_2019

Get a glimpse of the E-book for Government Schemes January 2019 below.

Q. 1 When was the Pradhan Mantri Ujjwala Yojana launched by the Government?

3.Three New AIIMs to be set up by the Government

4. Government of Odisha announced a hike in pension under the Madhu Babu Pension Yojana

Keep visiting this page to get more E-books on Static GK, Banking awareness and Current Affairs for free.

To connect directly with our faculty for your queries related to bank and government exams, please download the Telegram App and interact directly to our faculty members. Join the Oliveboard Telegram group at obbanking or click on the image provided below: 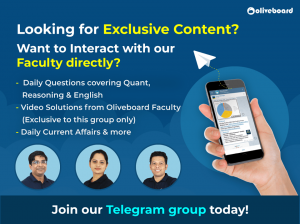