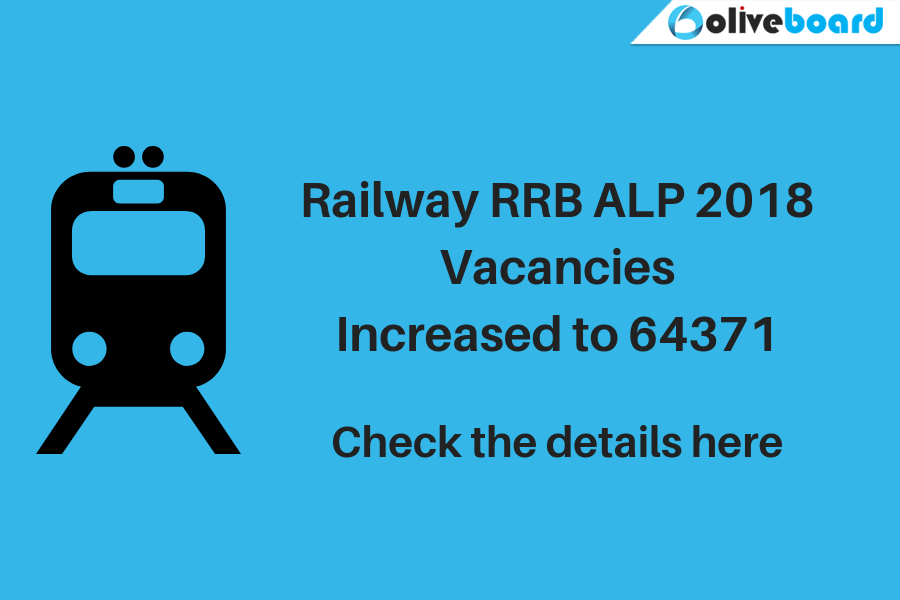 As per its announcement last month that the Railway RRB ALP 2018 Vacancies would be increased substantially. The Railway Recruitment Board has released a new notice declaring the exam number of increased RRB ALP Vacancies. You can see the details below.

As per the New Notice, the Railway RRB ALP 2018 Vacancies have been increased from 26,502 to 64,371. The hike in ALP vacancies is more than double. What these means is now the chances of all the candidates who have appeared in the CBT stage 1 of the RRB ALP 2018 Exam to clear the Exam and secure a permanent job with Indian Railways have also doubled. download the PDF of the notice below

Important Notice – All the candidates who have appeared in the 1st stage CBT have to select the RRB and priority of options for Railway/Production unit & posts failing which their candidature will not be considered for shortlisting for 2nd stage CBT.

To further increase your chances of success in the RRB ALP 2018 Exam and secure one of the 64371 Railway RRB ALP 2018 Vacancies you should give the RRB ALP Online Mock tests from Oliveboard. These mock tests have the top quality questions on the all the section of Stage 2 CBT Exam paper of RRB ALP Exam. All the best