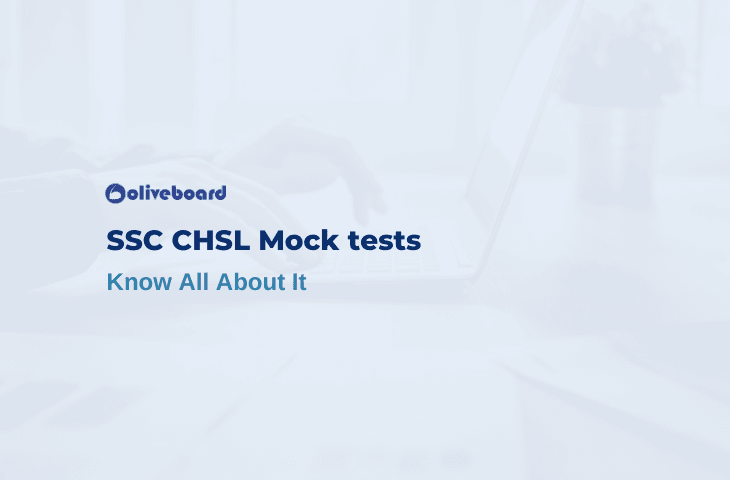 The Staff Selection Commission (SSC) released the notification for the recruitment of Lower Division Clerk (LDC)/ Junior Secretariat Assistant (JSA), Postal Assistant (PA)/ Sorting Assistant (SA), Data Entry Operator (DEO) & Data Entry Operator, Grade “A‟ on 3rd Dec 2019 under the Combined Higher Secondary Level (CHSL). With the lakhs of students appearing for the examination, the competition is going to be very tough. If you are aiming to crack SSC CHSL examination, it’s now time to start practicing harder and put your preparation to test. To help you with your preparations Oliveboard brings you the best SSC CHSL mock tests series. Attempt the best mock test series and move one more step towards success.

20 Tier 1 MOCK TESTS – To give you an edge over your competitors you will have 20 full mock tests to practice for the SSC CHSL Tier 1 Exam.

TOPIC TESTS – Mock Tests to prepare for each topic from the SSC CHSL Exam syllabus are also provided by Oliveboard. These Topic Tests will ensure you are well prepared for all the topics in the exam.

GK Questions + Supplement – General Knowledge and General Awareness play a key role in achieving success in SSC CHSL Exam. Therefore, with Oliveboard SSC CHSL Mock Tests you will get 1500+ GK questions and a separate GK Supplement for your Exam preparation.

That is all from us in this blog – SSC CHSL Mock Tests – Your KEY to Success!! We hope you liked reading the information provided above. Keep checking this space for any SSC CHSL Exam updates.

SSC CHSL Syllabus 2019 – Know All About It Here

How To Prepare Vocabulary For SSC CHSL 2018 ?