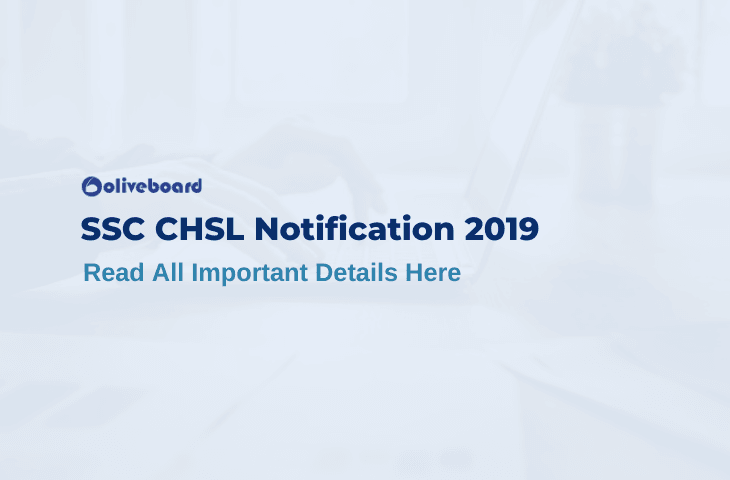 Tentative Dates for the SSC CHSL 2019 are listed in the following table.

The SSC CHSL 2019 vacancies for various posts will be notified later.

This tier of examination will consist of objective type – Multiple Choice Questions only.  The questions will be set both in English & Hindi for Part- I, II & III. There will be negative marking of 0.50 marks for each wrong answer.

Typing Test will be conducted in English or Hindi and candidates while applying for the Examination, will have to indicate his/ her choice/ option for Skill Test Medium in the Application Form.

As the SSC CHSL 2019 exam is going to be conducted Online, candidates have to be thorough with the Online Test Interface. On Oliveboard, you’ll find Mock tests based on the latest pattern and of varying difficulty levels to help you practice all possible types of questions. The Analytics feature will help you analyze your performance in real-time, clearly specifying your strong and weak sections and question types through Expert’s Analysis, along with the live scores and Ranking.

Have a Look at the Test Series

That’s all from us in this blog. We hope you find the information provided here useful. Keep checking this page for more updates regarding SSC CHSL 2019 examination.