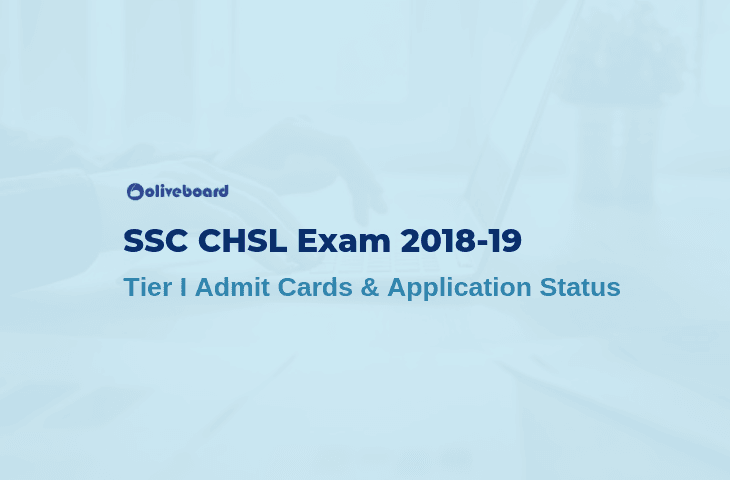 Very recently Staff Selection Commission (SSC) released the application status of SSC CHSL 2018-19 Exam for the Kerala Karnataka Region. The Tier I of SSC CHSL 2018-2019 Exam will be conducted from 1st July 2019 to 26th July 2019 as per the official notification. Soon SSC will release the admit cards for the same as well as the application status for the candidates who applied for the Exam. In this blog we will be providing candidates with a direct link to download their SSC CHSL 2019 Tier 1 Admit card as well they can check the status of Application here.

Kerala Karnataka region candidates can check the status of their applications using the link given below. For all others it will be updated soon.

This was all from us in this blog of SSC CHSL 2019 Tier 1 Admit card & application status. As the Tier I Exam is to be conducted from 1st July 2019, it is high time that your preparations take up shape and regular studies and Mock Test sessions are taken. You can check the Mock Test series below.

Keep checking this space for all the SSC Exam updates, Study Materials and Mock Tests. If you wish to get in touch with your fellow competitors for preparation of SSC Exams, you can visit Oliveboard’s discuss forum. Want more? You can access Oliveboard’s Mock Tests, study materials, Podcasts, Word lists, etc. from your phone. Download Oliveboard Mobile App and prepare on the go!