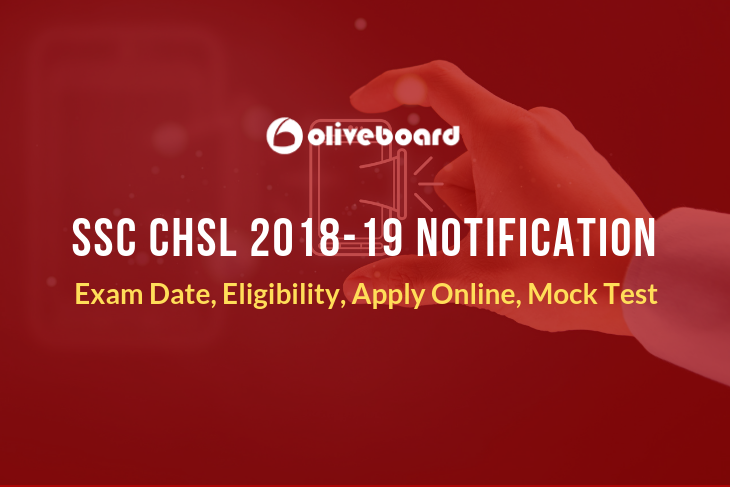 Staff Selection Commission (SSC) had earlier released the SSC Exam Calendar 2019 for the exams to be conducted from 1st January,2019 to 31st March 2020. SSC in a recent notification, published in Employment Newspaper, has released the SSC CHSL exam dates. The SSC CHSL 2018-19 exam will be conducted for the post of Data Entry Operator, Lower Division Clerk and various other posts in different Ministries/Departments of Government of India. Read along to check the details of latest notification:

The detailed notification for SSC CHSL 2018 Exam has been published on the official website of Staff Selection commission on 5th of March. Read along to check exam dates, Apply Online for SSC CHSL exam and to get free mock test- 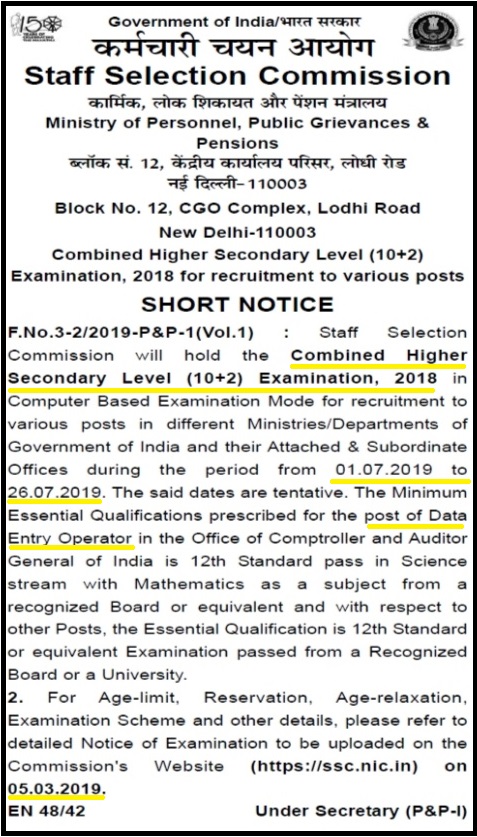 The SSC CHSL Registration would start from 5th of March. Refer to the table below for more details:

As per the notification, the minimum essential qualification for the post of Data Entry Operator is 12th Standard Pass in Science Stream with Mathematics as a subject from a recognized Board or Equivalent.

With respect to other posts, the required qualification is 12th standard or Equivalent examination passed from a recognized Board or a University.

Online Application for SSC CHSL has been started. Click on the link provided below to apply online:

As the SSC CHSL exam is going to be conducted Online, candidates need to be thorough with the Online Test Interface. On Oliveboard, you’ll find mock tests based on latest pattern and of varying difficulty level to help you practice all possible types of questions. The Analytics feature would help you analyse your performance in real-time, clearly specify your strong and weak areas through Expert’s Analysis, along with the live scores and Ranking. Oliveboard Provides:

That’s all from us in this blog. We hope you find the information provided here useful. Keep checking this page for more updates regarding SSC CHSL 2018-19 examination.