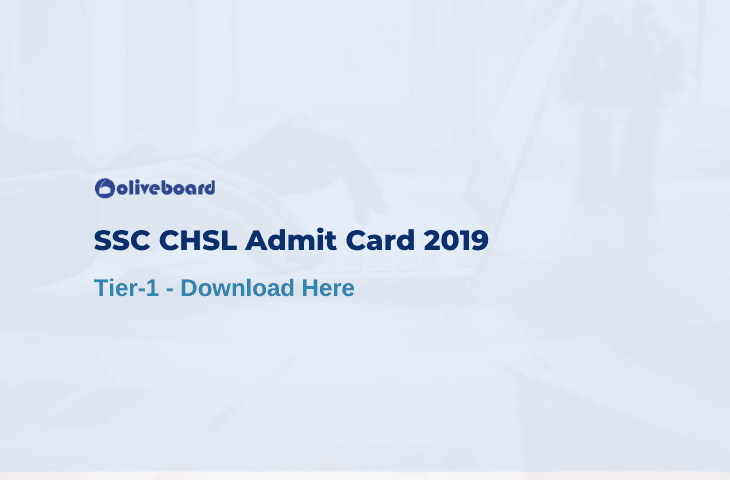 SSC CHSL 2019 tentative vacancies have been released on the official website https://ssc.nic.in/. Aspirants who had applied for the combined higher secondary (10+2) level examination, 2019, can check the tentative vacancies using the link given below. The SSC CHSL Tier 1 examination is going to be conducted from 16 March 2020 to 27 March 2020 and the SSC CHSL Admit Card 2019 will be released soon for Tier 1 Paper. Use the direct link given below to download the SSC CHSL Admit Card 2019.

The admit cards have not been released yet.

Have a look at the SSC CHSL Mock Test Series Provided by Oliveboard.

2. 20 Tier 1 MOCK TESTS – To give you an edge over your competitors you will have 20 full mock tests to practice for the SSC CHSL Tier 1 Exam.

3. TOPIC TESTS – Mock Tests to prepare for each topic from the SSC CHSL Exam syllabus are also provided by Oliveboard. These Topic Tests will ensure you are well prepared for all the topics in the exam.

4. GK Questions + Supplement – General Knowledge and General Awareness play a key role in achieving success in SSC CHSL Exam. Therefore, with Oliveboard SSC CHSL Mock Tests you will get 1500+ GK questions and a separate GK Supplement for your Exam preparation.

This was all from us in this blog of “SSC CHSL Admit Card 2019 – Tier 1”. We hope that the information given here benefits you and helps you in more than one way.